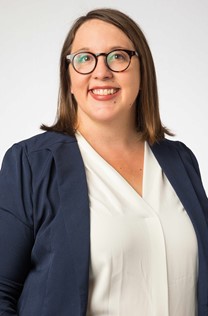 Amanda K. Ruud is a scholar and teacher whose work focuses on rhetorical poetics and the visual arts in early modern English poetry and drama. Her current project, Shakespeare’s Speaking Pictures: Rhetoric, Visual Art, and the Poetics of Mourning in Early Modern England examines why Shakespeare’s works feature scenes of description, visual display, or engagement with visual art at moments of loss and mourning. The project argues that Shakespeare drew on motifs from both classical rhetoric and elements of Renaissance visual culture (such as memento mori images and writings about sculpture) in order to address the aesthetic and philosophical challenges of representing grief and make space for mourning within larger narrative trajectories. She received her Ph.D. from the University of Southern California in 2020 with support from the USC Visual Studies Research Institute and the USC-Huntington Early Modern Studies Institute. Her work appears in Philological Quarterly and The Routledge Companion to Adaptation and is forthcoming in The Shakespearean Death Arts: Hamlet Among the Tombs (Palgrave Shakespeare Studies).