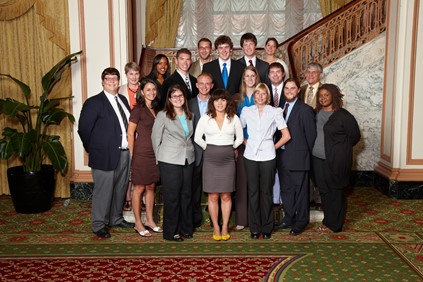 Alexandria Ashford is a poet, ethnographer, and hip hop critic.  She received a Bachelors Degree in creative writing from Pepperdine University in 2010 and a Master of Fine Arts in creative writing from the University of New Orleans in 2013.  Her first collection of poetry, Danke Schoen: Poems was published in 2010 and received the Prize Americana for Poetry, a national award given to an emerging poet of exceptional promise. Her poems have appeared in literary journals and anthologies such as Chopper, Silk Road, Review Americana, South Jersey Underground, The Rose and Thorn and, most recently, New Writing:  An Anthology of Poetry, Fiction, Nonfiction, Drama: The Best of Americana.  She is the editor of Ethnografis:  A Poet Reads Rap, a blog that conducts critical analyses of hip hop using the tools of ethnography, anthropology, and literary theory. Born and raised in rural Mississippi, Ashford’s writings explore the intrusion of hegemony into Afro-diasporic cultures as well as the synthesis of African, West Indian, and American cultures. She is currently conducting research for her second poetry collection, Seance and her first nonfiction collection, Rootwork.

Yelena Bailey received her B.A. from Bethel University in St. Paul, MN where she studied Spanish and Latin American Literature and Physics. After graduating from Bethel, Yelena moved to Madrid, Spain where she received her M.A. in Spanish and Latin American Languages and Literatures from New York University. She is currently a Literature Ph.D. candidate at the University of California, San Diego, with a concentration in Cultural Studies.  Her research interests include race and gender studies, 20th century world literature, U.S. cultural studies and multi-ethnic literature. She is also interested in themes of reconciliation and social equality as they relate to faith and literature.

Mike Bertrand received his Bachelor’s Degree in 2010 from Hope College and his Masters Degree in 2012 from the University of North Carolina Chapel Hill, where he is currently a candidate for Ph.D. Mike’s primary areas of research are in metaphysics and philosophy of science. He is currently working on a dissertation entitled “Toward a Theory of Explanation in Metaphysics.” Mike also enjoys teaching at UNC and has served as the instructor of record for a wide range of introductory level courses.

Hannah Bormann received her Bachelor's Degree in English and French in 2009 from Calvin College and her M.A. in English from the Catholic University of America in 2012. She is currently a doctoral student at The Catholic University of America with a focus on British Renaissance literature and Milton. She is also interested in the intersections between virtue and knowledge, women authors of the Renaissance, early modern conceptions of female domesticity, and the literary figure of Eve.

Michael Colebrook received his Bachelor’s degree in philosophy and French from Assumption College in 2010. This fall he will enter his 4th year of PhD work at the Institute for Philosophic Studies at the University of Dallas, where he is researching Eric Voegelin and George Friedrich Wilhelm Hegel. While his interests include the general areas of philosophy of history, political philosophy, and philosophy of religion, his research emphasis will be centered on the particular problem of Christian historiography in the works of Voegelin and Hegel. He intends to explore Voegelin’s criticisms of Hegel’s construction of a Gnostic sacred history, as well as their implications for political theory.

Tiffany DeRewal received her Bachelor's Degree in English from Messiah College in 2007 and her Master's Degree from Villanova University in 2010. She is pursuing a PhD in English literature at Temple University. Her dissertation focuses on the intersection between gothic fiction, medical historiography, and religious ideology in the early American republic, with particular attention to the anatomical body as it is shaped in cultural, medical, and spiritual discourse. This research unites Tiffany’s interests in the social history of medicine and the dynamics of the religious imagination in the 18th and 19th century United States.

Erin Eighan received her Bachelor's Degree in English and linguistics from Boston College in 2010.  She will pursue a PhD in English at the University of Connecticut beginning in the fall of 2010.  Her intended field of study will be literary theory, modernist literature, and contemporary literature.  She is particularly interested in text-image studies and the intersections of literature and science apparent in cognitive literary theory, an interdisciplinary approach to literature seeking to offer new answers to questions about how and why we read and write literature.

Corey French received his BA from Sewanee: The University of the South in 2010 and is currently a PhD candidate in English Literature at the University of Virginia where he studies Restoration and eighteenth-century British poetry. His dissertation focuses on the tradition of the St. Cecilia's Day ode in England as a way of investigating the collaborations between poetry and music in the creation of meaning in a genre of texts that are "born musical." His other interests include bibliography, textual criticism, the relationships between poetry and liturgy, and the theological dimensions of print culture.

Rachel B. Griffis earned her B.A. in English at Azusa Pacific University in 2006 and her M.A. in English at Chapman University in 2009, where she was named the Paul Frizler Outstanding M.A. student for two consecutive years. She began her Ph.D. in English at Baylor University in 2010, specializing in nineteenth century American literature. She has taught freshman composition at Baylor, as well as survey courses in British and American literature. She held an assistantship in the Graduate School for three years that involved developing spiritual life programs for graduate students, and she also works as a Graduate Writing Consultant. Her writing has appeared in Pacific CoastPhilology, Notes on Contemporary Literature, Explicator, and elsewhere. She also has two forthcoming book chapters. Her dissertation is on antebellum fiction, and her scholarly interests include women writers, literature and religion, and the Christian intellectual tradition.

Brian Hamm received his Bachelor's Degree in 2010 from Pepperdine University, and is currently a Ph.D. candidate in Latin American history at the University of Florida, with an emphasis in Atlantic history. He is presently researching his dissertation concerning Portuguese converso networks in colonial Spanish America and their relationship to local society during the Union of the Iberian Crowns (1580-1640).

Sophie Hunt received her BA from Valparaiso University and is currently completing a PhD in history at the University of Michigan. Her dissertation, "Grasping the Gulf: Conquest and Indigenous Power in Florida and Yucatán, 1791-1857," demonstrates the role of Atlantic networks in borderlands warfare among European empires, North American nation-states, and indigenous peoples in the greater Gulf of Mexico. Her teaching specialties include the interconnected histories of the United States, Mexico, and Cuba; borderlands history; and Native American and Indigenous studies..

Gideon Jeffrey received his Bachelor's Degree in 2010 from Baylor University, and is currently a second-year doctoral student in philosophy at Saint Louis University. He is particularly interested in the philosophy of religion, metaphysics, and medieval philosophy.

Andrew Welton received his BA in History from Grove City College in 2010. He is currently pursuing a PhD in early medieval history at the University of Florida. He is interested in the ways in which cultures interact across frontiers, the conversion of barbarians to Christianity, and the transformation of the Roman world into medieval Christendom.

Robert Zandstra graduated from Calvin College in 2009 with a Bachelor's Degree in English and history of religion. He is currently a PhD candidate in English at the University of Oregon, with an emphasis in literature and environment. His dissertation is an ecocritical study of religious arguments pertaining to environmental issues in mid-nineteenth-century United States literature.  It investigates how varieties of secularization and various changing attitudes toward the meaning of nature influenced each other and how authors such as Thoreau, Dickinson, Apess, and Twain participated in, responded to, and resisted these changes.

Susan VanZanten is Professor of English at Seattle Pacific University in Seattle, Washington. Susan holds a B.A. in English from Westmont College and an M.A. and a Ph.D. in American Literature from Emory University.  Currently, she is a Scholar-in-Residence at the Collegeville Institute, St. John’s University.  Susan is the author of Reading a Different Story: A Christian Scholar’s Journey from America to Africa (2013); Joining the Mission: A Guide for (Mainly) New Faculty (2011). Mending a Tattered Faith: Devotions with Dickinson (2010); Truth and Reconciliation: The Confessional Mode in South African Literature (2002); and The Story of South Africa: J.M. Coetzee's Fiction in Context (1991).  In addition, she wrote Literature through the Eyes of Faith with Roger Lundin (1989), edited Postcolonial Literature and the Biblical Call to Justice (1994), and has published numerous peer-reviewed articles and general essays about American literature, African literature, women’s literature, and Christian higher education.  At Seattle Pacific University since 1993, she founded the SPU Center for Scholarship and Faculty Development and was its director for ten years, and has also served on the Lilly Fellows Program National Network Board, as Vice-President of the Conference on Christianity & Literature, and on the Faith/Learning/Living Commission of the Council for Christian Colleges and Universities.

Patrick H. Byrne is currently Professor and formerly Chairperson of Philosophy at Boston College. He is the founder and first Director of the Boston College PULSE Program for Service Learning, and is a continuing teacher in the Program. He was Senior Fellow (1995-96) as well as National Network Board Member for the Lilly Fellows Program in Humanities and the Arts. His teaching and research/publication interests include philosophy, service learning, and social justice; the relationships between science, evolution and religion; and the thought of Bernard Lonergan, Albert Einstein, and Aristotle. His recent publications include: The Dialogue Between Science and Religion: What We Have Learned from One Another? (2005); “Universal Rights or Personal Relations?” in Christianity and Human Rights: Christians and the Struggle for Global Justice; “Foundations of ‘The Ethics of Embryonic Stem Cell Research,” (2008), “Evolution, Randomness and Divine Purpose: A Reply to Cardinal Schörnborn,” (2006); “The Good Under Construction and the Research Vocation of a Catholic University,” Catholic Education: A Journal of Inquiry and Practice (2003); “Paradigms of Justice and Love,” (1995),Analysis and Science in Aristotle (1997). He is currently working on a book on the ethics of Bernard Lonergan.

The Lilly Fellows Postdoctoral Teaching Fellowship in the Humanities and the Arts is accepting applications. For more information and to apply, click here.

The University of Pikeville will host an online regional conference on the opioid crisis. Do institutions of higher education have a moral obligation to address this crisis? Can such things as theatre, art, music, language, English, film, history, classics, and religion address this crisis? For more information about registration and a call for papers, click here.